The aim of our research is to understand the role of glia in various brain diseases, such as Alzheimer’s disease and glioma, and to study the regenerative potential of the astrocytic stem cells in brain diseases.

Glial cells consist of astrocytes, microglia and oligodendrocytes, and are the most predominant cell type in the brain. Glia regulate local microcirculation, modulate the communication between neurons, and are the stem cells in the brain. Over the years, it has become increasingly clear that glia are involved in many brain diseases. Astrocytes can become reactive, which is likely to affect brain functioning. We use various techniques and model systems to unravel the molecular and functional changes in glia and how this contributes to the pathology of various brain diseases. The ultimate goal of our research is to contribute to developing therapeutic strategies to control reactive gliosis and to stimulate the endogenous repair capacity of the astrocytic stem cells in brain diseases.

Neuron-glia interactions and cognitive decline
Alzheimer’s disease (AD) is a devastating neurodegenerative disease that is the biggest cause of dementia. It is characterized by neurofibrillary tangels, amyloid β (Aβ) plaques and reactive gliosis, which leads to neuronal degeneration and cognitive decline. Glial cells are essential in regulating optimal neuronal communication and synaptic transmission. Astrocytes become reactive in AD, changing their gene expression and function. We hypothesize that astrocytes lose their normal role in supporting neuronal function when they get in contact with Aβ plaques, resulting in loss of synaptic connections and neuronal death. With the APP-PS1 mouse model we study the effect of attenuated astrogliosis on memory during AD and aim to identify genes involved when the astrocytes become reactive. We also study the events that take place in the early stages of AD, where oligomeric forms of Aß protein may already negatively affect synapses leading to the initial cognitive impairments. A combination of techniques, including slice electrophysiology and calcium imaging, are used to reveal functional changes at the microcircuit level and which underlying mechanisms are involved in the APP-PS1 mouse model. We aim to elucidate changes in synaptic transmission, as well as whether pharmacological intervention prevents these changes from happening. Cognitive decline can also be the result of a stroke. Aneurysmal subarachnoid hemorrhage (SAH) is a bleeding into the subarachnoid space caused by a rupture of an intracranial arterial aneurysm. Aneurysmal SAH represents 5% of all stroke types and affects about 9 per 100,000 individuals annually. SAH occurs at a young age; half of the patients are younger than 50. The prognosis is poor as about a third of the patients will die within the first weeks, and another third will remain permanently disabled. We are studying the role of Subarachnoid Hemorrhage (SAH)-induced gliosis on cognitive impairment and a potential new therapeutic approach to promote recovery of brain function after SAH.
The two faces of glial stem cells: regeneration and glioma
The subventricular zone (SVZ) is a principal source of neural progenitors in the adult mammalian brain. In the rodent brain this region continuously generates new neurons for the olfactory bulb. The astrocytes in the SVZ have been identified as multipotent neural progenitors, which are the precursors of newly generated neurons in the adult brain. Recently it has also been shown that human astrocytes from the SVZ area, that form a ribbon lining the ventricles, divide in vivo and produce multipotent self-renewing neurospheres in vitro. Our group has found a specific marker for the human astrocytic ribbon. We have shown that astrocytes in the human brain germinal zones express a specific isoform of the glial fibrillary acidic protein (GFAP), i.e. GFAP-δ. Currently we are looking for novel targets to stimulate brain repair in Parkinson’s disease. Overproliferation of neural stem cells can result in glioma. Gliomas are the most common form of malignant primary brain tumours in adults. A treatment remains to be found, which is mostly due to the highly invasive nature of these type of tumours. It is therefore important to decipher the mechanism of the cellular behaviour of glioma tumours. We study how the intermediate filament (IF) network, specifically the IF protein glial fibrillary acidic protein (GFAP), is involved in the cellular behaviour of glioma cells. Using a 3D model, we study the GFAP isoforms and how they influence the proliferative growth and invasiveness of patient-derived glioblastoma cells in organotypic brain slices. It has also recently become clear that the protein IkappaBzetta plays an important role in the development of the most severe type of glioma, glioblastoma (GBM). Since patients with this type of brain tumor often don’t have a good prognosis, it is important to clarify the underlying mechanism. We aim to understand the molecular mechanism of the IkappaBzetta pathway in patient-derived GBM cell lines. We also intend to unravel if certain modulators can be controlled in a targeted manner, which could be used as novel targets for possible anti-tumour treatments.

Another focus is the interaction between GBM and its micro-environment. We make use of 2D co-culture models using primary patient tumor cells and tumor-derived immune cells, and a 3D patient-derived glioblastoma invasion model using cerebral organoids. By promoting the anti-tumour resonse of immune cells through overexpression of Class II Transactivator, the master regulator of MHC class II, we aim to better understand the role of the immune system in GBM and hopefully also have a possible target to be able to control GBM.

Our research also focusses on genetic risk factors in late-onset Alzheimer’s disease (AD), for which we use patient-derived iPSCs. The biggest risk factor lies within the apolipoprotein E (APOE) gene. The ApoE protein is highly expressed in astrocytes and upregulated in activated microglia, and is involved in Aβ clearance and cholesterol metabolism. We study the effect of APOE genotype on astrocyte-neuron interactions in a completely human model with human induced pluripotent stem cells (iPSC) from AD patients. In 2D co-cultures from human iPSC-derived neurons and astrocytes, we look at the neuronal network activity, astrocyte signaling and the tripartite synapse, whereas iPSC-derived brain organoids will shed light on the cellular 3D environment. With these approaches, we aim to increase our understanding of cellular mechanisms underlying AD and how the APOE genotype is involved.
Molecular profiles of neurons and glia in the human brain
Many brain disorders have been linked to a disturbed dopamine regulation in the reward system, among which are addiction, psychiatric disorders, and also neurodegenerative disorders. We are interested in deciphering the involvement of the different neural cell types in these brain disorders. With single cell analysis to unravel the cellular molecular profiles and 2D/3D imaging of human post-mortem brain tissue, we will make a cellular and functional reference atlas of the brain area where the dopamine circuits start, the Ventral Tegmental Area (VTA). This reference atlas will be used to integrate tissue-specific gene expression profiles with GWAS summary statistics, which will help to find trait-specific involvement of cell types. Eventually, we aim to better understand the cellular clusters and circuits that play a role in behaviour and various brain disorders. 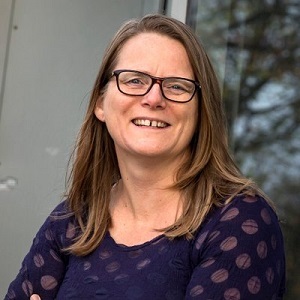 I am a glia biologist, and GFAP is my favourite protein. I am intrigued by the intermediate filament cytoskeleton and its role in human brain development, reactive gliosis, and glioma 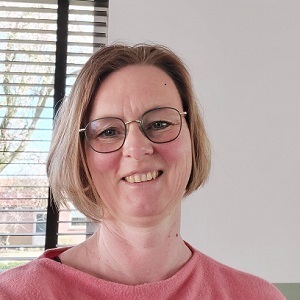 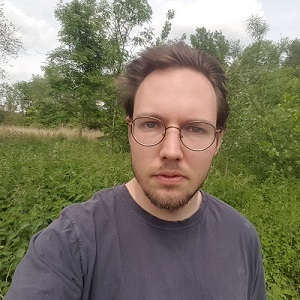 Danny van Nuijs – Research assistant
Helping around in the lab with data analysis and other lab work. 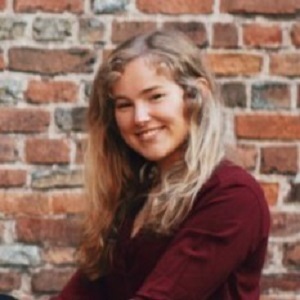 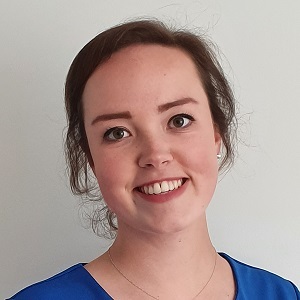 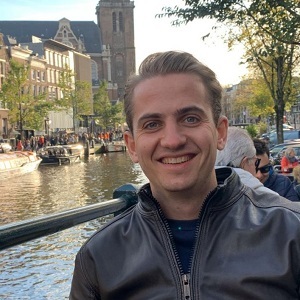 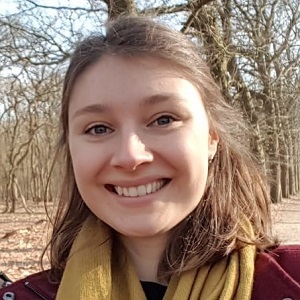 Anna van Regteren Altena – PhD candidate
My research focusses on the cellular and functional mapping of the human Ventral Tegmental Area in order to provide a single cell reference atlas to understand the involvement of cell types in reward system-related brain disorders. 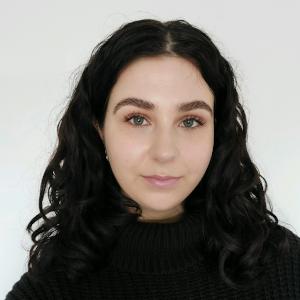 Lois Kistemaker – PhD candidate
My research focuses on creating a human in vitro model that connects the blood-brain barrier to human brain organoids in order to test how therapeutic compounds enter and affect the (diseased) brain.
cerebral organoids, organ-on-a-chip 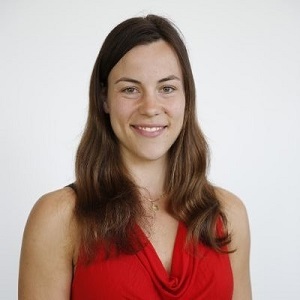 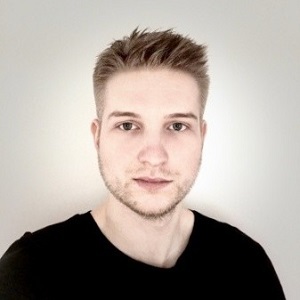 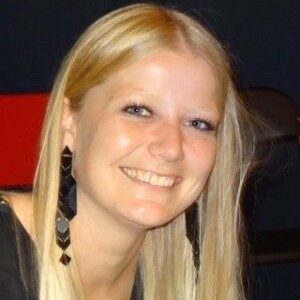